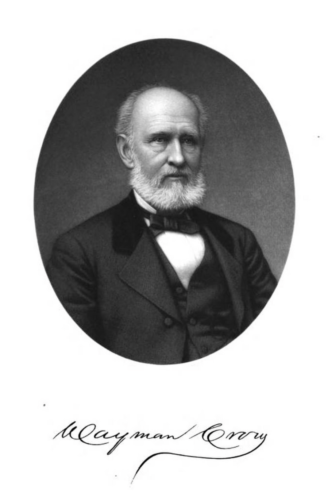 Mr. Crow has always been an active supporter of the public schools, but his gifts to Washington University are his most important contributions to the cause of education. He may indeed be called the founder of the institution, inasmuch as he was the first to conceive the idea of a university and to embody that idea in an organic form. In the winter of 1853, during his last term of service in the Senate, without consultation with any one, he drafted, introduced and secured the passage of the charter of Washington University.

Mr. Crow is a man of eminent usefulness. For his honorable services in mercantile life, in political trusts, in public enterprises, in educational work, and in private charity, St. Louis will long cherish the memory of its distinguished benefactor.