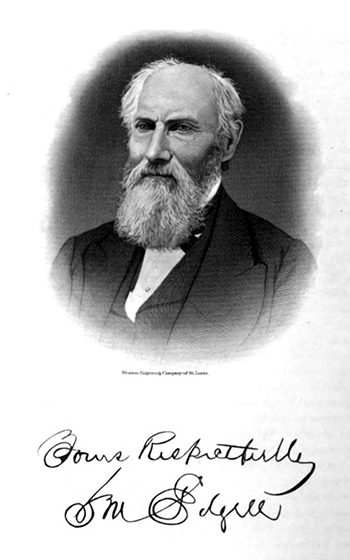 One of the most favorably known and successful merchants of St. Louis, is the man whose name is at the head of this sketch. He is one of the few men still living who have not only witnessed, but have been active participants in, most of the momentous undertakings that, during the last half century, have resulted in building up not only St. Louis, but many of the principal cities of the West.

He was born in Westminster, State of Vermont, January 14, 1810. His early education was obtained at the common schools of the State. At the age of fourteen he entered a store, determined to become a merchant, where he remained for two years, working for a salary of one hundred dollars a year, and his board. He then longed for more schooling, knowing that to be the foundation of success in life. He accordingly attended school for a year, at the end of which he returned to mercantile life.

In 1828, Mr. Edgell left the state of Vermont, and went to Sherbrook, Lower Canada, where he established himself in the dry goods trade. Here, by a strict application to his own affairs, and honorable dealing – which so characterized all his transactions in after-life, he succeeded in building up quite a prosperous trade. At this time Canada, as well as the New England States, was flooded with books, pamphlets, and newspaper articles concerning the resources of the great West, the perusal of which had the effect of inflaming his curiosity and tempting his commercial spirit. These publications, added to favorable reports from United States officers, setting forth the fertility of the soil and the opportunities for business, induced him to try his fortune in fields of enterprise so inviting. Accordingly, in 1834 he closed out his business in Canada, and started for Chicago with the intention of buying a lot and starting a store. The jorney from the confined os Vermont to Chicago was not performed in those days with as much ease and comfort to the traveler as at present. It was overland and by stage, and took thirty days to accomplish, the greater portion of the way through a wild, uninhabited region of the country, and beset with many dangers. On his arrival in Chicago, the spirit of real estate speculation which was rife there, divested him of his original intention, and let him to invest his funds in land.

While residing in Chicago, business transactions called him from time to time to St. Louis. It was during these visits Mr. Edgell became impressed with the commercial destiny of our city, and in 1838 he became a permanent resident, as manager of George Smith & Company. In 1842 he opened a commission house in New Orleans, and in 1843, a house of similar character in St. Louis, managing the house here himself, and entrusting the one in New Orleans to his partners. During the Mexican War, the house in New Orleans entered into large speculations and encountered severe losses, and Mr. Edgell became so dissatisfied with this branch of his business that he forced dissolution of the partnership, at a personal loss of about one hundred thousand dollars. Freed from the entanglements of a co-partnership which must have been fearfully distasteful to him, which freedom was purchased at such an exorbitant sum, he continued business under his individual management, and was soon enabled to command a large and profitable business, which has been successfully carried on ever since. 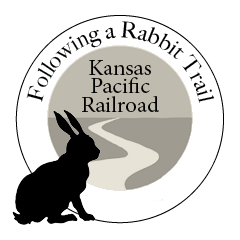 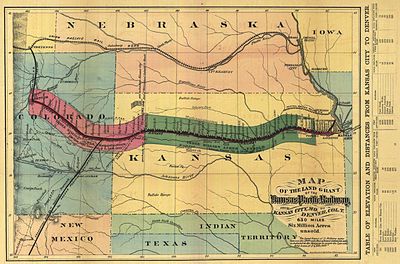 Route of the Kansas Pacific Railroad

His thorough business qualifications and his well-known executive ability, have always been in good demand in boards of directors of different organizations, and his public spirit has led him to accept of many such trusts. His devotion to his friends, and his strict probity in all his business relations, so well known to every merchant of St. Louis, have met with that return of warm personal regard and financial success such distinguishing qualities richly merit. 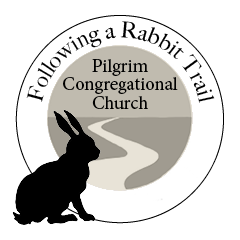 Mr. Edgell was a founding father and sustainer of the Pilgrim Congregational Church at Washington and Ewing Avenues.