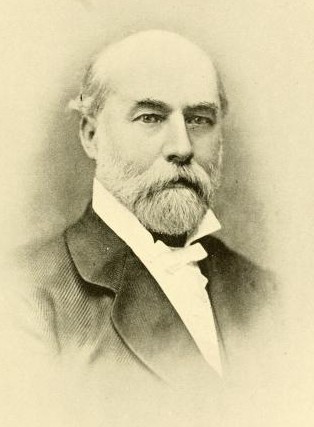 Early life and family
Silas Bent III was born on 10 October 1820 in St. Louis, Missouri, a son of a judge of the Missouri Supreme Court, also called Silas, with deep family roots in Massachusetts Bay Colony. He married Ann Elizabeth Tyler of Louisville, Kentucky on 5 November 1857 and they had three children Mary Lawrence Bent, Lucy (Bent) McKinley, and Silas Bent IV, who was a journalist.

He was a graduate of the U.S. Naval Academy, Annapolis, Maryland. He became a midshipman July 1, 1836, master in 1849, and lieutenant August 1, 1849. In the latter position he conducted a series of surveys on the coast of Japan during Commodore Matthew C. Perry’s expedition, which resulted in the opening to the world of ports of that hitherto exclusive country.

Bayard Taylor, who took part in the expedition, says in his “A Visit to India, China and Japan in the Year 1853,” published two years later: “Too much credit, however, cannot be awarded to the different officers, and especially to Lieutenant Bent, for the coolness and courage with which they prosecuted their work. When we consider that this, one of the greatest bays in the world, had hitherto never been surveyed, the interest and value of their labors will be better understood.” Before this Lieutenant Bent had been on the U.S. Brig Preble, 14 guns, with Commander Glynn, who succeeded in getting eighteen American sailors released from Japanese prisons and paved the way for Commodore Perry.

At the outbreak of the civil war, his sympathies were with his native state and he resigned his commission and returned to his early home in St. Louis, where he assumed the management of the Tyler Estate. He was a member of the Board of Freeholders who formed the present city charter of St. Louis and held many positions of trust.

For several years he was senior warden of Christ Church. Most of his leisure was devoted to scientific research, and he took special interest in polar explorations. As early as 1868 he addressed the St. Louis Historical Society on “The Thermometric Gateways to the Poles.” This address was published and attracted the attention of scientists all over the world. 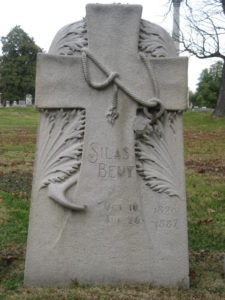 Final years
He returned to St. Louis upon resigning from the Navy and took up the management of his wife’s estate. Lt. Bent died on 26 August 1887 at Shelter Island, Long Island, New York, and was buried in Louisville, Kentucky.

Honored in ship naming
The USNS Silas Bent (T-AGS-26), an oceanographic survey ship, was named in his honor in March 1964. 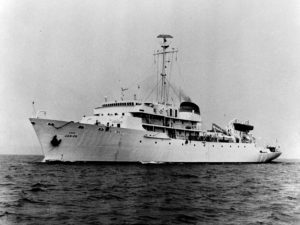