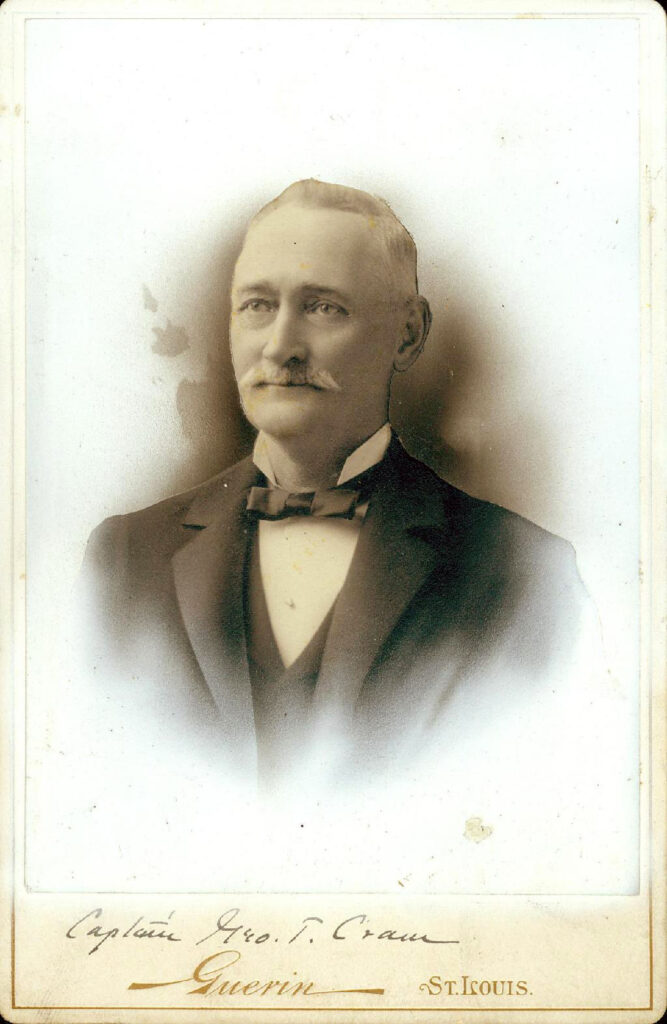 George T. Cram, came of that hardy New England stock which as furnished the pioneers in the civilization and development of this country, molding its thoughts and shaping its politics. His parents were Samuel T. and Sallie D. (Jennings) Cram, of Meredith, New Hampshire, where he was born September 17, 1834. He was educated in his native State. After leaving school he spent ten years in Amoskeag Mills, at Manchester, working in every branch and mastering every detail of the business, going, as he himself expressed it, “from bottom to top.”

At the breaking out of the rebellion in 1861, he entered the army as second-lieutenant of Company K, First New Hampshire Calvary. When the war closed he came west, locating in St. Louis in 1866, and at once became closely and prominently identified with the business and financial interests of this city. In 1868 he became secretary, and 1876 president of the American Central Insurance Company; treasurer and one of the board of directors of the Central Trust Company, and president of the Third National Bank, all of which positions he still holds. He married Miss Carrie Trowbridge, of Newton, Mass., February, 1869, and has two children – George A. and Frank B.

Mr. Cram became a director of the 1904 World’s Fair in Saint Louis. 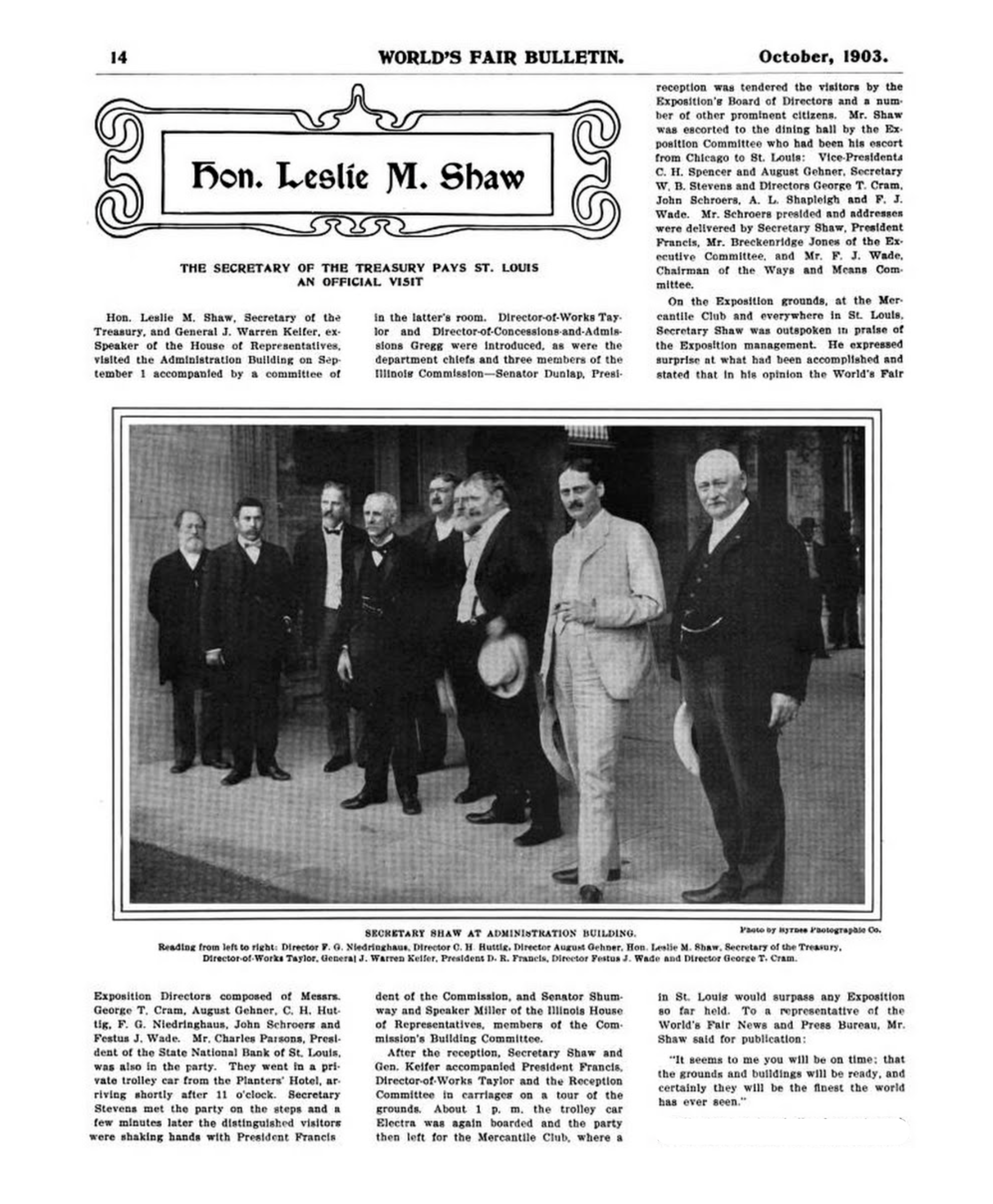 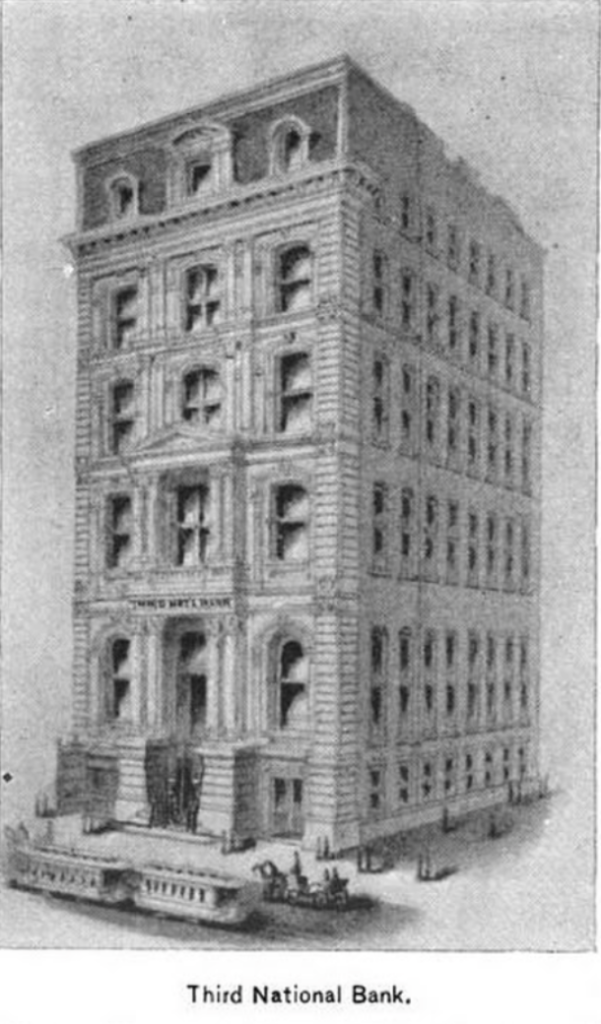 Third National Bank, 417 Olive Street. Capital, 1,000,000. Surplus, $200,000. George T. Cram, President. This, one of the oldest monied institutions, has lately, owing to the large increase in volume of their business, completely remodeled their bank, the entrance now being on the ground floor. The interior arrangements are a marvel of convenience and taste. Their directory numbers in it some of our gilt-edged merchants.